We live in the era of ‘Hacks’.


Whether it’s beauty hacks, DIY hacks, cooking hacks...literally but actual hacking, you can bet there’s a YouTuber or some article somewhere giving you the top 20 hacks to do whatever it is you need to do. Have you seen 5 Minute Crafts? They create hacks for problems that never even crop up.


So, it’s no surprise that in this day and age, Music Producers are looking for hacks and cheats to help them in their production process.


Here at Top Music Arts, we’re all about efficiency, so stick around as we give you some cheats and hacks to use in your Music Production!

Play Everything in C

So, Music Theory is daunting at the best of times, even with a formal qualification in it, I can still sometimes get confused. The amount of key signatures and scales there are to remember can be really intimidating. And while some may frown upon this, here’s a great little cheat to save yourself some time.


Only learn and play the scales and chords in C. Whether it’s Major, Minor, Modes, Inversions, learn everything in C, and then get real familiar with the transpose function on your keyboard or DAW.


If you’re playing a song that’s in Eb Major, just play in C and transpose it! Same with a live situation, if you’re a keyboard player asked to play along with a band, play in C and hit transpose to match their key.


You’ll be surprised how often this works, and the audience or listeners are none the wiser!

Use a Vocal Guide Track

If you’re a vocalist, or you’re working with one, and you aren’t too confident on pitch, a great little trick is to play in your vocal melody on an instrument track, and have that in the headphones while you’re recording the vocals.


It gives the vocalist -whether that’s you or someone else- a great point of reference to sing along to, and it will make sure you get a great and accurate take every time. Plus, it saves you time in post production; the golden rule of producing music is if you record something in perfectly, you don’t need to do much processing!


If you’ve ever spent any length of time painstakingly pitch correcting a slightly out of tune vocal part, you know what I’m talking about! 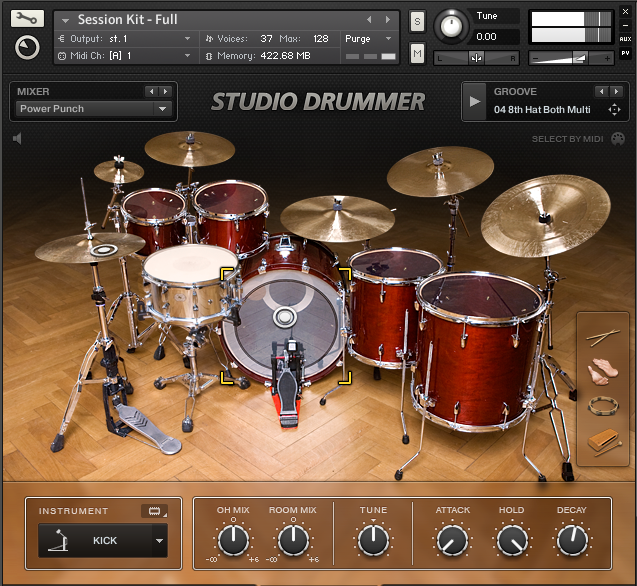 Are you writing songs and you have everything but a drummer? Logic has you covered.


Whether you’re looking for something more complex than you’d care to program in, or you’re just not too confident at programming drums in the first place, Logic’s Drummer plug in can give realistic and style specific results with tonnes of control on your part for editing.


This is a great tool if you’re recording some demos to send to a proper drummer, but it can also work wonders as a final drum track underneath one of your tunes, so get creative! The audience won’t usually know the difference.

If you’re struggling to come up with an original idea for a track, try out this cheat.


Take a section of a song you like; maybe it’s vocal hook or perhaps it’s a nice chord progression. Sample 4 or 8 bars of it, and drag it into a new project in your DAW.


Now, take your time to create an original track using that sample as the basis. Try your best to steer it in a different direction so it doesn’t sound like a rip off of the original, otherwise this trick won’t work as well as it could.


When you’re happy with the results, all you need to do is remove the sample altogether, and there you are with your very own original track, and no one will ever need to know!


This is a great method of using another track as ‘scaffolding’ for your own, it helps you get outside of the box and create a groove that you may not have been able to do on your own!

Struggling to find a melody for the bridge section of your track?


Take the verse melody, reverse it, and play it over the bridge. It might sound great, it might not sound so great. Mess with the timing or the placement of notes, and before you know it, you have a new melody that is entirely different from the one you ‘stole’!


You can also do this with basslines, chord progressions or drum beats! You can re-work elements of your tracks into new sections in ways that make them totally unrecognisable, and a good rule of thumb is to remember that while you know the tricks you’ve used, your listeners won’t! It may sound obvious to you, but that’s because you know you’ve done it!


Use Presets and Samples...because who cares? The goal of making music is to create sounds that you and an audience enjoy. Consider the average person you want listening to your music. Do they know you used a Massive Preset for that synth sound in track 4 of your album? Do they know that the drum loop in the breakdown on track 7 is a sample?


Does it even matter?


The answer is no, it doesn’t. You’ll find tonnes of music production snobs saying you should only make your own presents and NEVER use samples, but at the end of the day, creating music is about getting an emotional response from a listener, not being a purist about the tools you use to do it. Do you hear guitarists saying you should only hand make your own guitars and never buy pre-made ones?

Keep yourself motivated with the ‘Why?’

Ask yourself why you’re making music.


Is it to become the next Skrillex or Diplo, because chances are that isn’t going to happen.

Is it because you just love doing it and find it cathartic?


Whatever your reasoning, it will help you to continue to be motivated by knowing exactly why you’re making music. If not getting any streams doesn’t bother you, it isn’t going to stop you from carrying on.


Define what ‘success’ means to you, and you can constantly make sure you’re working towards that goal.

While the idea of an anonymous bedroom producer is an alluring one, there’s just too many people doing it now for you to stand a real chance at making it by not putting yourself out there as well as putting your music out there.


There’s a reason ‘Collab, bro?’ is such a music production meme. Networking and getting your name and face out there is paramount to success. Whether it’s in your local music scene, an online community, or something in between, the more people who know you, the more opportunities will come your way.


How do you think I got this job? It wasn’t by keeping to myself.

Backup your files. Then back them up again.

Most of us have experienced the utter heartbreak that is our DAW crashing and losing an entire project.


This cheat is a simple one; backup your files. Then back them up again on a separate drive, then do that AGAIN and lock it in a safe in your Mum’s basement. You can never have too many backups.

Carrying on from the previous point.


Don’t trust the auto save feature (if your DAW has one) because sometimes it lets you down.


If you’re using synth presets, name the track with your project after the preset.


I can’t tell you the amount of times I’ve opened up an Ableton project to find that Massive has reset itself to a blank template, and I can’t remember what preset I used.


This is a huge time saver.

Double Up your tracks. If you want a piece of your track to sound bigger, or more prominent, double it up.


This works great with vocals; record your vocal part twice, and double the parts up. Pan one track to the left, and one to the right, and throw them in a group.


If you’re using Ableton, throw a Glue Compressor on the Group track. Listen to the results, and you won’t be disappointed!


If you’re not having fun, take a break.


This is a simple but effective method of production. If it’s feeling like a chore, take a break for an hour, a day, a week. Whatever.

There’s no point in forcing yourself to make music if you’re not feeling it, and you won’t get good results from coerced creativity.

Know that it’s okay to have an off day, and go into the process feeling fresh and ready when you return to the track. 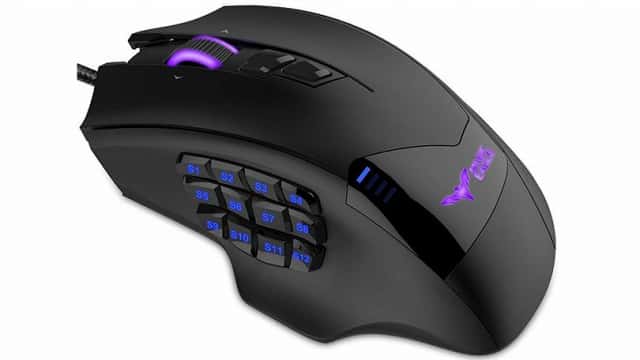 There are tonnes of gaming mouse options on the market, and many of them have loads of extra buttons. You can program these buttons to perform any function you want on your computer.


Pick your most used functions in your DAW, and map these onto the extra buttons. Save, Copy, Paste etc.


This will speed up your process greatly, plus, gaming mice are cool!

Optimize your DAW and your Computer

If you’ve ever experienced your DAW lagging, you might want to look into how you can optimise its settings to get the best performance possible.


There might be a few simple tweaks you can do, either to your DAW's preferences or computer, which should be looked into. Be super careful with this though, don't change anything you don't understand!

Force yourself to learn new things and pick up new techniques every time you sit down to produce.


It’s good practice to avoid specific habits like always setting the Reverb or EQ at a certain setting every time without listening to if it works in the track.


This isn’t to say that you shouldn’t have habits or go to techniques, but learn what works for you all the time, and what is situation specific. The same Compression settings won’t work in every situation!


Know the difference between Music and Audio Music has little to no rules. You can do whatever you want; it’s your music.


If you want to use a dissonant chord, use one! If you want to genre blend like there’s no tomorrow, do it. Music is an artform, and any rules that exist can be bent and experimented with.


Audio is another matter though, and there are some hard and fast rules. You need to consider the science behind audio; frequencies, phase cancellation, stereo and mono elements.


Knowing this is one of the many things that sets professionals apart from amateurs. There are solid rules for mixing; you need to know about frequency clashes, but the MUSIC itself can be anything!

So, hopefully there are some fun little cheats or tips in there to help you spice up your production game. Thanks for checking in with us here at Top Music Arts!